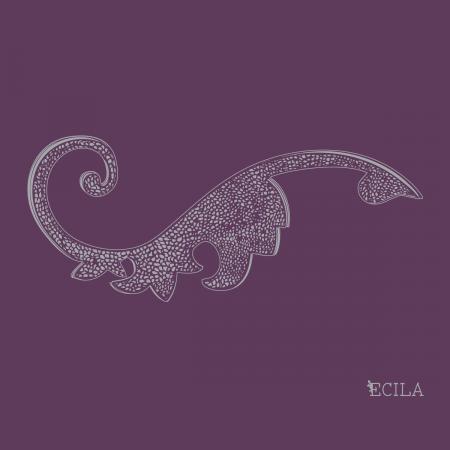 The Sofa Managements was released on vinyl (limited edition, 200 copies) on Icarus Records/Vynilla Vinyl 24.05.2013. The album includes both crackling electronica as well as vastly ambient atmospheres. An angelic quote by Jewish philosopher Moses Maimonides illustrates best where Ecila got her inpiration from:

“...This leads Aristotle in turn to the demonstrated fact that God, glory and majesty to Him, does not do things by direct contact. God burns things by means of fire; fire is moved by the motion of the sphere; the sphere is moved by means of a disembodied intellect, these intellects being the ‘angels which are near to Him’, through whose mediation the spheres [planets] move... thus totally disembodied minds exist which emanate from God and are the intermediaries between God and all the bodies [objects] here in this world. “
Guide for the Perplexed II:4.

Artwork by: Bless You Design